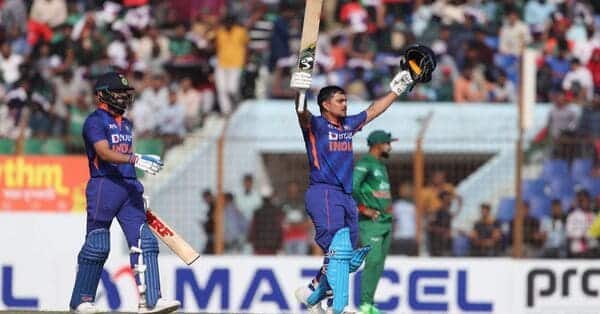 Indian Player Ishan Kishan break the international record fastest ODI Double Hundred in just 126 Balls against Bangladesh at Chottogram Which helped India to a 227-run win. But unfortunately, India lost the series and the host country Bangladesh win the series by 2-1.

Ishan Kishan ripped up the ODI record books and Bangladesh’s attack with the fastest double-hundred, off 126 balls, to deny the hosts a 3-0 whitewash in Chattogram. The West Indies Player Chris Gayle had held the previous record, having reeled off a 138-ball double-century in the 2015 World Cup against Zimbabwe in Canberra.

Read More Article: Forest Man of India Know About Everything